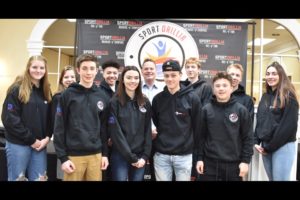 Hall of Fame inductee Stu Burnie encourages local students to ‘have fun, work hard and do it for as long as you can’

A dozen talented, hard-working student athletes were recognized by Sport Orillia at its fifth annual Breakfast of Champions Thursday morning.

“You are the future of sports,” Sport Orillia board member Adele LeMaire told the aspiring students assembled at the Best Western Mariposa Inn and Conference Centre. “It’s exciting for us to honour our young athletes and to acknowledge what you are doing.”

The event is always held just prior to the Orillia Sports Hall of Fame induction ceremony, which is slated for Saturday night at Casino Rama.

One of this year’s inductees, Stu Burnie, was the guest speaker at Thursday morning’s event and he encouraged the students to play sports for as long as possible.

“Have fun, work hard and do it for as long as you can,” said Burnie, who was an outstanding lacrosse and hockey player who grew up in Orillia and pursued both sports locally.

Burnie told the high-school students how he didn’t concentrate on becoming a professional hockey player, but focused on enjoying the sport and improving himself.

“You all have skill,” he told the athletes, stressing that skill is but one element in the equation for success.

He said hard work is critical — as is a little luck, but he reminded them that “luck comes to those who work hard.”

He said as a youth, he was never the best player on his team.

“That gave me motivation to be the best; it gave me drive,” recalled Burnie, who earned a full scholarship to play Division 1 NCAA hockey at Western Michigan University.

“My goal wasn’t to be a pro athlete. It was to have fun and excel and do my best.”

For him, it worked. He played for Team Canada twice and also had a five-year professional hockey career, playing in the AHL, the IHL and Finland.

He said education is key and encouraged the students to pursue their sports at college and university.

“Play as long as you can and have fun with it,” urged the long-time educator at Harriett Todd Public School.

The following students were recognized Thursday.

Liam Warboys, a “hard-working student athlete,” has been wrestling at Fogarty for four years. This year, the Grade 12 student returned to the Ontario Federation of School Athletic Associations (OFSAA) championships and brought home a bronze medal.

Tyler Huxtable plays both soccer and basketball at Fogarty. He was the captain and top point-getter for this year’s Georgian Bay championship basketball team.

Outstanding field lacrosse players Jerica Obee and Kassidy Morris were also selected to be recognized by their coaches but were unable to attend.

Jeremy Langner was recognized as a leader on the school’s senior boys’ volleyball team and also excelled in Nordic skiing, despite being a newcomer to the sport; he finished 10th at the GBSSA championship. He also played badminton and managed a 94 per cent average.

Hennessy Chodzinski is a multi-sport athlete. She is a versatile flag football player and was a starter on the school’s rugby team for four years. She was described as a “heart and soul” player.

Caleb Near is an accomplished swimmer who won two golds at the Georgian Bay championship and won silver at OFSAA. He is currently ranked fourth in Canada in the 100-metre backstroke and has qualified for the Olympic Trials and dreams of representing Canada at the Olympics.

Jack Ormsby takes multi-sport athlete to another level. He participated in cross-country running, soccer, basketball, hockey, golf, and track and field this year.

Vadim Boshnyak is a “very skilled” player who captained Twin’s basketball team, while becoming one of the squad’s most-liked players. His coach called him a “bulldog” who helped lead the team to a league title.

Hailey Ellis has been a strong basketball player throughout her time at Twin Lakes. Her coach said she has “that X-factor” and is a gamer. She also played volleyball and was part of the school’s track and field team.

Sarrina Foy was a force on Twin’s flag football team and also played volleyball, soccer and made the track team. Her club soccer team just returned from a trip to Italy, where the local club played against top international teams.

The Breakfast of Champions was sponsored by Lake Country Animal Hospital. 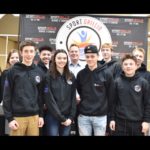 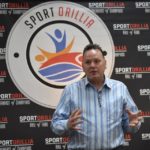 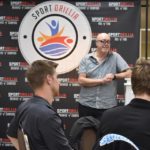